A Herbal of Iraq 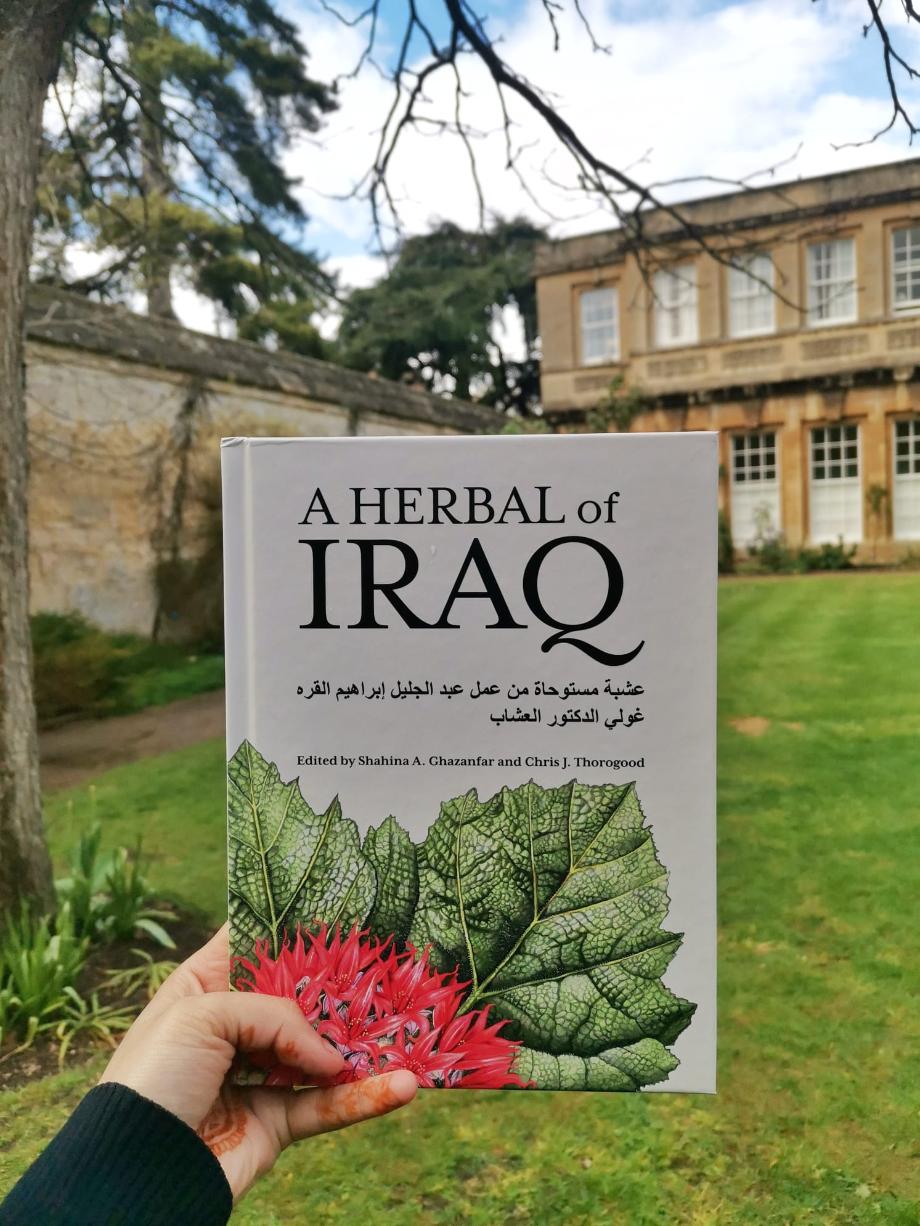 Rana created two artworks, which you can see above first artwork and below is the second.

The art representing her mother's photo once standing behind Rana's father (Behind every great man is a great woman) and the rest are her father's images in different uniforms and ages. You can spot Rana's image once with her father grave crying when she visited him in Iraq after 18 years.

You can see in the middle a big hand holding the grave of Rana's father and surrounded by all the plants mentioned in the book and a copy of his three original books. The hand is a symbol of giving and passing the knowledge of the book overcoming generations, which started when Rana's mother handed out the books to rana to start the journey of the Iraqi Flora project. You can also see Rana's father in army uniform very young age, showing he served in the Iraqi army in the 1960s also is symbolic of martyry as he was killed in the terrorist attack in Iraq in 2009, talking against Al Qaeda/ ISIS. It also contains his original handwriting and a photo of his house in Baghdad, Rana tried to celebrate her father's achievement in an artistic way and to remember the occasion of the anniversary of the death of her father. Rana has used the illustration of her father's plants drawn by Dr Chris Thorogood, especially for the book as part of her artwork in both pieces.

The Second artwork is also collaging media, you can spot on both sides of the cover book from the inside.

the artwork shows all the plants in the book here and on the left corner there is the full earth with blue thread on it the map of Iraq is below with the Iraqi flag and on the borders of Iraq Rana's glued Chamomilla flower which is mentioned on the book p84 also some golden patterns. Rana has used the image of the special vase (the actual vase in Baghdad) in her father's house which is written on it in some Quranic verses. This vase made special for him as a gift from the Iraqi community as Al -Ashab when he was started serving them in the 1990s. Inside the vase, Rana used the illustration of Dr Chris Thorogood called Glossostemon and Cistanche p62 Also, Rana has written the name of Al-Ashab in Arabic using the seed of Habbat Soda(black cumin) you can find in the book p88. 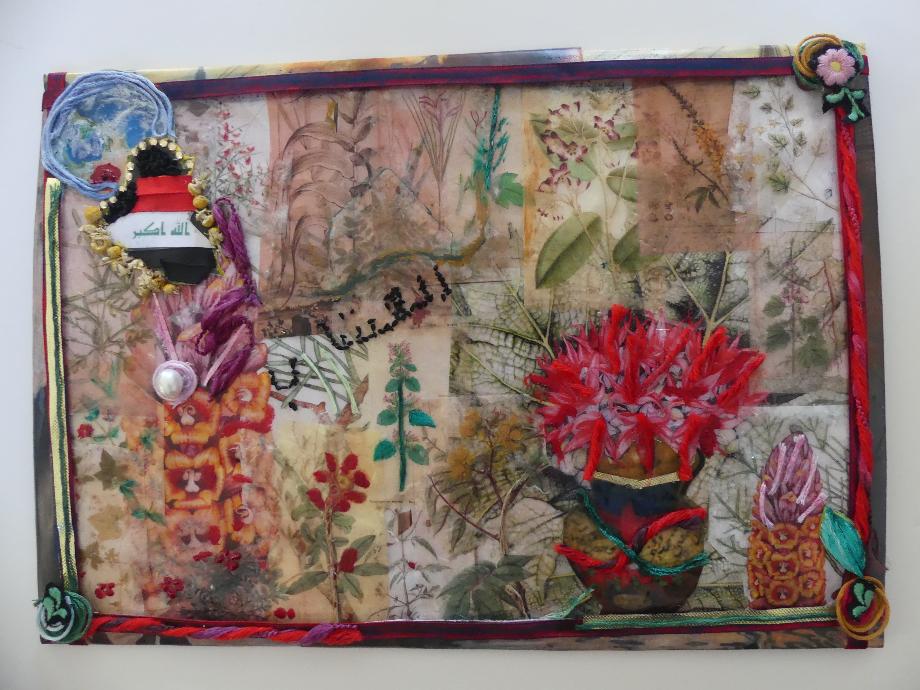 University of Oxford/Flora of Iraq

Today we celebrated the launch of our Herbal of Iraq with the Iraqi community, and shared stories about how the lives of plants and people intertwine. pic.twitter.com/b8mYv28qeK

Congratulations to @rana72 on the posthumous publication of her father's herbal of Iraq - what an achievement! The launch was very moving - a fitting testament ❤ @OBGHA @kewgardens @IWAN_Iraq pic.twitter.com/qXeJxHlOjD